Winding Pathways invites readers to enjoy past features in the Cedar Rapids Gazette.

Wandering Nebraska and South Dakota’s Rich Fossil Freeway. Follow US Highway 20 across northern Nebraska while exploring its fossil-rich history.  Along the way wet your line in trout streams, paddle clear rivers through sandhills, camp in a National Forest in the Great Plains, and bicycle parts of the Great American Rail-Trail. Then, end up in the enchanting Black Hills of South Dakota.

Alaska In Winter. Most folks experience Alaska in summer.  Winter has its rewards, too!  Plenty of activities for outdoor enthusiasts and mild-mannered indoor types. Museums. The Bear Tooth Theatrepub. Great eateries. Iditarod Ceremonial Start. XC ski races. Campbell Creek Science Center.  And, perhaps most wonderful of all – no skeeters or bears!

Indiana Dunes National Park.  A great stop while speeding along I-80 is the Indiana Dunes National Park.  A cooperative venture among city, county, state and federal government, this necklace of preserved areas rings the southern end of Lake Michigan. Soft sand beaches to explore, dunes several hundred feet high to scale, charming villages, bicycle trails to follow, and varied places to rest your head at night. This new national park can fulfill any family’s vacation dreams.

America’s Magnificent Mounds line the Mississippi River and many other waterways in North America.  While most mounds have been lost to “development” many remain. And, travelers can learn so much about ancient cultures and appreciate why preserving these mounds is important. 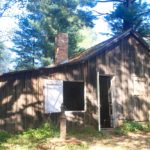 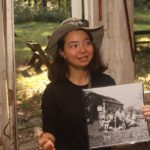 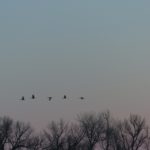 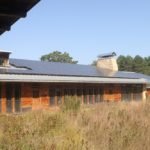 The Legacy of Baraboo

Iowans share history with Baraboo, Wisconsin. Two famous families began their lives and careers in Iowa and landed in Baraboo. This fall we toured the charming town of Baraboo, took in Circus World, and basked in the glow of the Leopold Center’s work on sustainability.  Read about Baraboo and plan your own adventure in the Cedar Rapids Gazette.

Why Was Iowa The “Lumber King of the World?” 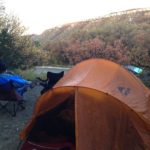 Iowa is one of the states with the fewest trees, yet in the late 1800s we were the Lumber Kings of the World!  And, 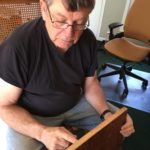 Notice the tree rings on this wide board from New Hampshire

Clinton, Iowa’s minor league baseball team proudly retains that name – Lumber Kings!  Why?  Read The Green Gazette (9-29-2019, Living L-09 and 10) to learn about Iowa’s forest industry, where you can camp today in quiet forests and how lumbering put Clinton, Iowa, on the map.

What Would You Do on Your First Time Alaska Adventures?

My husband and I recently returned from an Alaskan vacation.   This is a beautiful place to add to your bucket list! One of the first things I noticed was the clean, fresh air, and then the seemingly unspoiled beauty of Alaska! No matter where we were – in town, the forest or at Denali. The views were breathtaking.  Traveling through Denali National Park, we were able to see that “the mountain was out.” This is the locals’ term for being able to see Mt. Denali in all its splendor without cloud cover.

Traveling the White Pass trail to the Summit, blazed by workers in the late 1800s, we marveled at the harsh conditions with which they must have dealt.  Taking a kayak paddle near Hoonah, we watched a humpback whale right in front of us – spouting and breaching!  We were saddened at seeing the devastation caused by the McKinley wildfire – one of three throughout Alaska this summer.

Sailing near Hubbard Glacier, with its beautiful hues of green and blue, we watched as it “calved” – a chunk of the Glacier falling off.  Visiting at a dog sled camp and holding the puppies lifted our spirits!  Taking a hike through the Tongass National Rainforest, the serene beauty took my breath away.  We were enveloped by so much beautiful plant life in the forest. Fireweed, Devils Club and Horsetail, both with medicinal benefits, were abundant. Many different types of mosses, beautiful old towering hemlock and spruce trees, and muskegs (bogs) enchanted us.  At a river, a black bear was attempting to catch salmon.  After failing, she and her cub decided to follow the river downstream.

The experiences we had in Alaska will always stay with us. I’m ready to go back and spend more time exploring!

A mention about climate change.  Due to the extremes in Alaska, climate change is most noticeable there. Glaciers and permafrost are melting rapidly. Hotter temperatures carry into the autumn. Unfortunately, logging in some areas is being considered. A warning to us all to be more mindful of how we live and use resources. 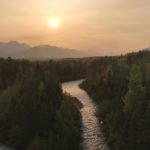 On train-land tour to Denali 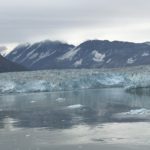 Captivating blue-green of the glacier 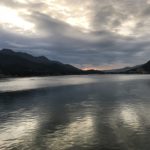 Sailing from Juneau to Skagway. 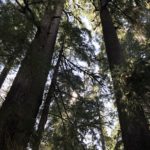