Almost every meal Americans enjoy comes from animals and plants that trace their origin to many continents.

Cattle, sheep, chickens, and pigs, for example, are all natives of the Old World brought to America soon after it was settled by Europeans. Wheat, rice, and many other plant foods are also newcomers that were unknown to Native Americans.

One annual feast mostly made from original American foods is Thanksgiving. This year why not create this traditional feast from entirely plants and animals that were found here before Columbus?

Turkey highlights the Thanksgiving dinner.  See our previous blog on this amazing and tasty bird. Here are plants native to North and South America to complement roast turkey:

Corn: Corn has been grown in Central America for thousands of years. It’s cultivation gradually spread north and east and became a staple food for Native Americans.   When hungry Pilgrims landed in what became Massachusetts they found and stole caches of corn stored by local tribes, no doubt causing bad feelings.

Cranberries: Most commonly eaten fruits originated in Europe or Asia, but the cranberry is an American native.

Squash and Pumpkins:  Dozens of varieties of winter squash come in many shapes, colors and sizes, and the pumpkin is actually a squash. Butternut, Hubbard, acorn, or any other squash is delicious on the Thanksgiving dinner table, and dessert of pumpkin pie rounds out a tasty meal.

Potatoes: Common potatoes also originated in South or Central America and have been an important food for thousands of years. Mashed or baked, they go well with turkey, squash, and cranberries.

Sweet Potatoes: Originally from South America, these are among the most nutritious of foods. Similar yams have an African origin, so for a local dinner stick with sweet potatoes.

The sweetness from the Maples

Maple Syrup: While honey is made by bees that came from the Old World, maple syrup is America’s sweetener. It’s delicious on squash or sweet potatoes.

A diet of many foods that originally came from the Americas makes a delicious an interesting Holiday meal. We tend to thank modern geneticists for creating abundant food, but beans, corn, squash, sweet potatoes, maple syrup, cranberries, and turkey were all domesticated and enjoyed by Native Americans long before Columbus set sail. 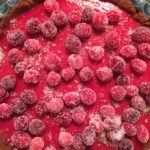 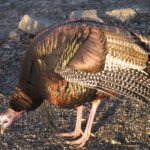 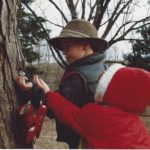