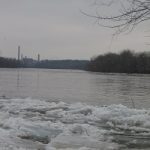 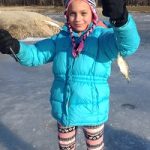 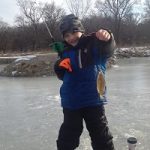 After an unusually mild winter we were hardly surprised by the early onset of spring’s symphony.  At Winding Pathways in Iowa it usually starts on clear cold  February days  when male cardinals begin their beeker beeker beeker call. They  were close to their normal schedule this late winter. Then red winged blackbirds arrived fully two weeks early and added their voices to roadside ditches and wetlands.

On March 7 we heard the glorious sound that truly harkens spring – Chorus Frogs and Peepers!   We were driving a dirt road through southern Iowa’s Shimek State Forest when Marion heard the voices of dozens of tiny frogs coming from a puddle the size of our car.

To naturalist Joseph Wood Krutch singing peepers heralded a true resurrection and marked the start of the warm season. Living in Connecticut he noted that they always began singing in the period of time in which Easter can fall. In other words between March  22  and April  25 .

That’s usually true in Iowa but this year they are earlier, much earlier.

Most people have heard peepers and chorus frogs but have never seen the tiny amphibians that sing with magnificent enthusiasm. The two species often live in the same places and can be easily told apart by their calls. Chorus frogs sound like a person running his finger along the teeth of a comb, while peepers make the “peep peep peep” calls that gives them their name.   To hear recorded peepers and chorus frogs log in to Manitoba Frog and Toad Calls.

Frogs are far from the only animals that begin calling as winter transitions into spring.   Migrating birds are already beginning to appear in yards, woodlands, and wetlands across America and often they are easier to hear than see. Some of the most melodic singers are the hardest birds to spot, and identifying them by sound is often more efficient than trying to spot a bird in thick brush. The Cornell Lab of Ornithology has excellent audios of bird calls for mobile apps.

Experienced birders   (and froggers for that matter) use both ears and eyes to identify species.  Like many birders we started out using printed bird guides to help us learn species. Only much later did we begin learning their calls.  It’s been a rewarding hobby that has a cruel catch.

Each  Rich  would learn  new bird calls when  history caught up with him. Probably due to intense noise of  heavy machine guns in Army training decades ago his ability to hear many sounds, particularly those of high pitches is fading.  Marion can hear birdsong he can’t.  He’s investigating hearing aids that should help him continue this fascinating means of identification.  Stay tuned.  He’ll report on hearing aids later.

For years we lugged around bird books that were either large and heavy or compact but limited in the information they provided. They were the best way to learn new species in the field.

That’s changed thanks to the Cornell Laboratory of Ornithology. We loaded their free Merlin App into our smart phones. It makes identifying 400 bird species a snap. At the touch of a few keys  several photos of each species appear, a range map, and……best of all…… recorded sounds of  each bird.

We still carry and refer to a paper bird book but the Merlin App has become our favorite field tool for identifying birds, especially by their call.

ABOUT THE LABORATORY OF ORNITHOLOGY

We joined the Lab a few years ago and love its colorful and informative magazine, LIVING BIRD, and the many bird tips posted on their websiteChorus Frogs. The Lab has been a leader in bird science for decades and they’ve helped us become better birders and gain new insights into the lives of these fascinating animals.

Many Iowans, even those living in urban areas, may be startled to see a fast moving snake in their yard. No worries. Most likely it is a garter snake. While startling to see, they are a desirable predator in yards and natural places.   They are easily identified by it s small head and the three stripes  running down its body. The name may be a misspoken form of German or refer to ‘garters’ that people used to use to hold up stockings. At any rate, they are interesting, helpful , and thus, desirable reptiles to have in the yard.

Garter snakes eat snails, worms, insects, small rodents, and nearly any other animal life they discover. However, they are also on the list of prey for other predators from raptors to other snakes. So this petite species normally flees when it detects danger. They also can emit a foul smell when threatened. Females give birth to as many as 70 babies in late summer or fall. These six inch mini snakes can be common in yards.  Most do not survive because other predators gobble them up. So if you see one slithering under leaves or a rock to get out of danger, let it be.  It helps keep the balance of nature in your yard.

Many species of garter snake inhabit North America.  Three species – the common and plains garter snakes and the ribbon snake – live in Iowa. All have slender bodies with lines extending from head to tail.  These native reptiles thrive in a diversity of habitats but usually prefer living in moist places near streams or in well-watered gardens.  They are excellent swimmers and move quickly and gracefully over the ground.

The common garter snake ‘s range is wide spread and more cold tolerant than most reptiles and even inhabits southern Alaska. In Iowa they are sometimes spotted in late fall after other snakes have entered hibernation.

Of all snakes the garter is the one most likely to be seen in town. Although they startle humans this colorful and shy wild animal is no more harmful or dangerous than goldfinches or cottontails. Winding Pathways encourages folks to respect and thank them for the part they play in keeping the balance of nature.

As amphibians, toads require standing water to reproduce but unlike many frogs they don’t need watery abundance. Toads lay their eggs in small pools that often dry up by summer. Eggs hatch quickly into tiny black tadpoles. While bullfrog tadpoles take two years to change into adult frogs, toad tadpoles are speedsters that transform into tiny hopping miniature adults by mid-summer. Often hundreds of these tiny creatures can be spotted seeking cool damp places to live.

Toads are voracious insect eaters, and gardeners delight in having them live under squash vines or tomato plants. Some people even construct tiny toad homes to encourage them to live in the garden.

We’re lucky to have a big toad living in a shed near our garden. His home is damp and cool with plenty of insects to keep him well fed.

According to the National Wildlife Federation, when pestered, toads eject a watery toxic substance from the parotoid glands. The toxin discourages dogs, raccoons or other hungry varmints intent on a meal from eating them. Few predators bother the placid toad. This bufotoxin can cause an allergic reaction in people.  But humans do NOT get “warts” from toads.

Homeowners can encourage toads to take up residence. Building a small pond creates a toad magnet and maintaining a few damp places in the garden will provide toad homes.  Avoid insecticides and, thus, encourage worms and insects for these intriguing animals to gorge on.

Kids love toads. When our children, Dan and  Nancy, as small children delighted in watching them in our small backyard pond. Toads help transform a boring yard into a wondrous one!