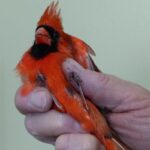 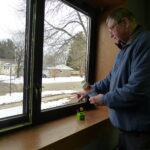 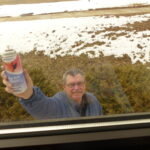 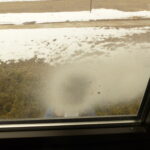 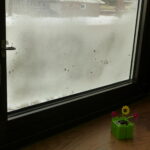 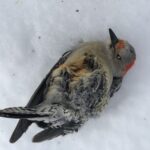 After an unusually mild winter we were hardly surprised by the early onset of spring’s symphony.  At Winding Pathways in Iowa it usually starts on clear cold  February days  when male cardinals begin their beeker beeker beeker call. They  were close to their normal schedule this late winter. Then red winged blackbirds arrived fully two weeks early and added their voices to roadside ditches and wetlands.

On March 7 we heard the glorious sound that truly harkens spring – Chorus Frogs and Peepers!   We were driving a dirt road through southern Iowa’s Shimek State Forest when Marion heard the voices of dozens of tiny frogs coming from a puddle the size of our car.

To naturalist Joseph Wood Krutch singing peepers heralded a true resurrection and marked the start of the warm season. Living in Connecticut he noted that they always began singing in the period of time in which Easter can fall. In other words between March  22  and April  25 .

That’s usually true in Iowa but this year they are earlier, much earlier.

Most people have heard peepers and chorus frogs but have never seen the tiny amphibians that sing with magnificent enthusiasm. The two species often live in the same places and can be easily told apart by their calls. Chorus frogs sound like a person running his finger along the teeth of a comb, while peepers make the “peep peep peep” calls that gives them their name.   To hear recorded peepers and chorus frogs log in to Manitoba Frog and Toad Calls.

Frogs are far from the only animals that begin calling as winter transitions into spring.   Migrating birds are already beginning to appear in yards, woodlands, and wetlands across America and often they are easier to hear than see. Some of the most melodic singers are the hardest birds to spot, and identifying them by sound is often more efficient than trying to spot a bird in thick brush. The Cornell Lab of Ornithology has excellent audios of bird calls for mobile apps.

Experienced birders   (and froggers for that matter) use both ears and eyes to identify species.  Like many birders we started out using printed bird guides to help us learn species. Only much later did we begin learning their calls.  It’s been a rewarding hobby that has a cruel catch.

Each  Rich  would learn  new bird calls when  history caught up with him. Probably due to intense noise of  heavy machine guns in Army training decades ago his ability to hear many sounds, particularly those of high pitches is fading.  Marion can hear birdsong he can’t.  He’s investigating hearing aids that should help him continue this fascinating means of identification.  Stay tuned.  He’ll report on hearing aids later.

For years we lugged around bird books that were either large and heavy or compact but limited in the information they provided. They were the best way to learn new species in the field.

That’s changed thanks to the Cornell Laboratory of Ornithology. We loaded their free Merlin App into our smart phones. It makes identifying 400 bird species a snap. At the touch of a few keys  several photos of each species appear, a range map, and……best of all…… recorded sounds of  each bird.

We still carry and refer to a paper bird book but the Merlin App has become our favorite field tool for identifying birds, especially by their call.

ABOUT THE LABORATORY OF ORNITHOLOGY

We joined the Lab a few years ago and love its colorful and informative magazine, LIVING BIRD, and the many bird tips posted on their websiteChorus Frogs. The Lab has been a leader in bird science for decades and they’ve helped us become better birders and gain new insights into the lives of these fascinating animals.