A raging blizzard roaring over Winding Pathways just before Christmas showed us the power of HARVESTING SNOW. We love catching it.

Well, we didn’t really catch the snow, but our prairie did. It has a talent for harvesting snow and other forms of moisture. It taught us how prairie and other taller plants – grasses, forbs, shrubs, vines, and trees – help themselves grow next summer.

Our prairie has a thick growth of two-foot-tall dead stems from last summer’s growth.  Each stalk is brittle, but thousands of them working together slowed the wind just enough for it to drop the snow it had swept off nearby lawns and roads.

The deep drift that settled on our prairie will melt and give next spring’s plants a jumpstart in moist soil. Nearby shortly sheared lawns can’t catch snow and will start the spring on dryer soil. Nature delivered irrigation water to our yard for free!

Growing up in the East, we are used to Nor ‘easters that pummel the landscape and create great skiing conditions. Until we moved west, we were not so familiar with how nature replenishes soil moisture, well, naturally!

In dry areas snow also helps next summer’s vegetables. During college, Rich worked weekends at an Idaho ranch. He was surprised one January when Lucille Pratt, part owner of the land and an outstanding vegetable gardener, asked him to shovel snow from a nearby drift onto the garden.

For a Jersey boy, this seemed like a weird request, but melting snow oozed water into the soil. That helped get the vegetables going and sustain them through the dry summer.

Snow may seem like a bother but it’s also a blessing to dry soil and the plants it sustains.

Over two blizzardy days, our prairie gently caught snowflake after snowflake. We already are looking forward to bright prairie flowers dancing in next summer’s breeze. Thanks, prairie for harvesting snow. Nature’s wisdom to catch winter’s snow and help next summer’s growth is amazing. 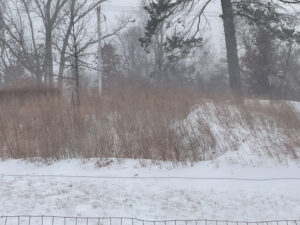 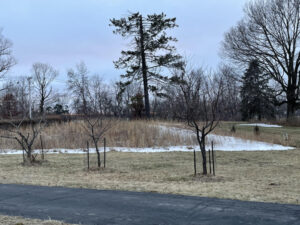